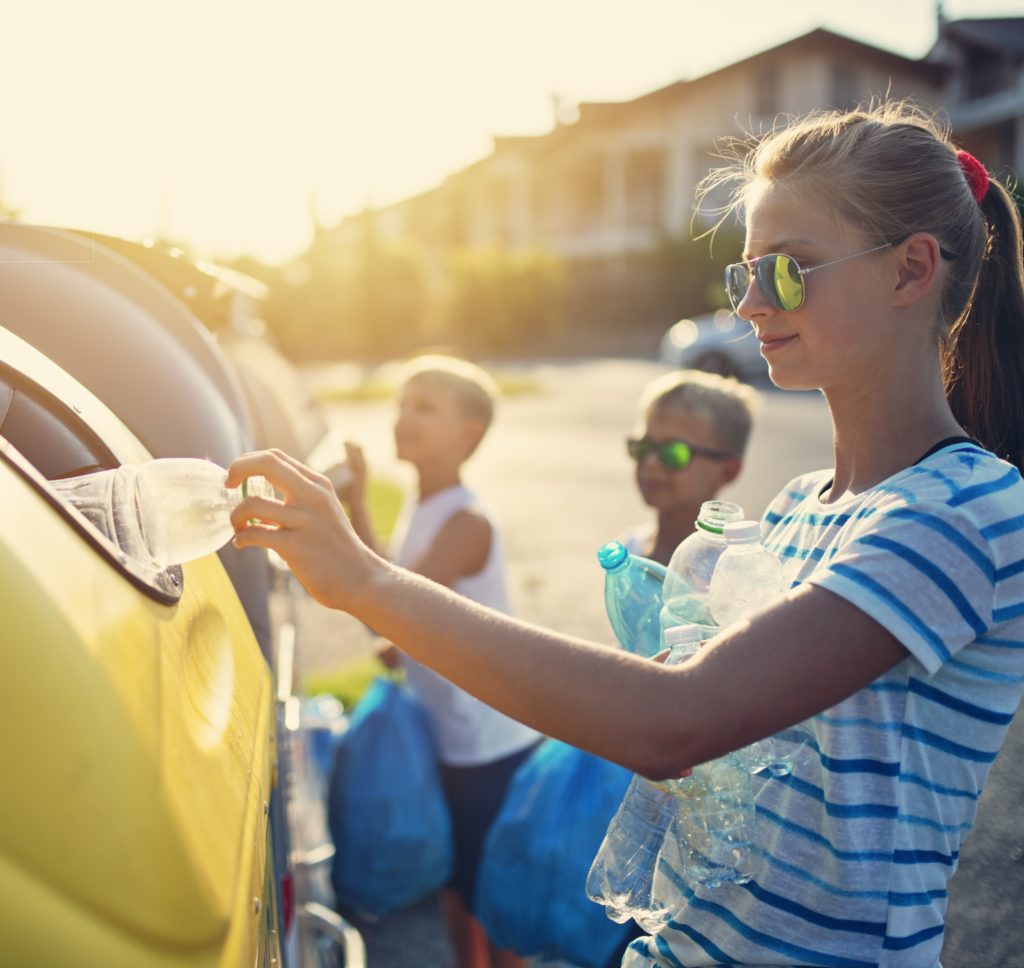 The Plan to Save Recycling: A Standardized System

Read part one, The Plan to Save Recycling: Data Collection.

Is your pizza box recyclable? What about the glass jar of salsa you just used the last bit of? Conventional wisdom might lead you to believe that all these items can be dropped into the recycling bin, but the real answer is a lot more complicated than that.

In short: maybe. Whether you’re trying to properly dispose of greasy cardboard or rinsed glass containers, recycling rules vary from state to state and county to county. If you live in Arlington County, Virginia, consumers can toss their Domino’s box into the recycling bin with no hesitation. But for residents of neighboring Fairfax Country — just a short 20-minute drive — the pizza box is limited to trash bins. Conversely, while glass is accepted at curbside in Fairfax, it is no longer allowed in Arlington.

It’s easy to understand how this current patchwork of recycling rules causes rampant consumer confusion and leads to higher rates of contamination. Especially given the COVID-19 pandemic, people have become increasingly reliant on disposable, single-use items — from protective food packaging and takeout boxes to disposable masks and gloves. As a result, a standardized recycling system has never been more important.

As part of its Blueprint for America’s Recycling System, the Recycling Leadership Council (RLC) is calling for a national strategy on recycling and policy action, including a plan to standardize our nation’s recycling system.

With a standardized system, programs can collect more volume, which allows for more and different types of materials to be collected and processed for post-consumer recycled content, keeping recyclable waste out of landfills and waterways.

Besides for the obvious benefits of a single set of rules to limit consumer confusion, a standardized system across the United States would create scale and efficiency. Currently, each program collects different combinations of materials. With a standardized system, programs can collect more volume, which allows for more and different types of materials to be collected and processed for post-consumer recycled content, keeping recyclable waste out of landfills and waterways.

To make this vision a reality, the federal government should first direct the Environmental Protection Agency, in coordination with other agencies, to establish a single, national definition for the terms “recycling” and “recyclable” — which are currently defined 18 different ways by federal and state governments.

Next, the EPA should create a best practices framework, including minimum recycling rates at the state level and technological capabilities in materials recovery facilities, to give state and local programs, consumers and businesses guidance as to what recycling should look like. To encourage best-in-class systems, the EPA should establish a certification system for recognizing recycling programs that are in the top echelon of technology and operations, like the agency’s Energy Star program or the third-party LEED standard.

The sheer size of the federal government can be used to drive change. The RLC recommends that, like in the states, recycling be standardized throughout all federal government domestic operations, including bin color (recycling versus waste) and collection criteria. What you can recycle in the U.S. Senate should be the same as what you can recycle in a Department of Agriculture office. This effort can be phased in across internal government operations as domestic recycling infrastructure is developed and improved, allowing for consistent recycling efforts across agencies that reflect best practices for states as outlined by the EPA.

The current patchwork of recycling systems and their varying rules is clearly a challenge to achieving the EPA’s goal of a 50% recycling rate by 2030 and our environment in general. By establishing a standardized framework at the federal level, states can follow suit, enabling a circular economy for recyclable waste, reducing consumer confusion and making sure recyclables stay out of the landfill and available for reuse — whether it’s glass, plastic, pizza boxes or anything in between.

The Recycling Leadership Council (RLC), convened in early 2020 by the Consumer Brands Association, is united in the idea that no one industry can solve the packaging waste crisis alone. In February 2021, the group debuted its Blueprint for America’s Recycling System, which proposes federal policy action to significantly advance residential recycling in the United States, building a system supported by all stakeholders that works for all stakeholders. Learn more. The Plan to Save Recycling: Data Collection A Blueprint for America’s Recycling Future