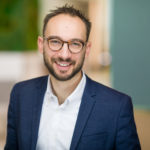 The federal government regulates “hours of service” (HOS) for truck drivers, including mandatory breaks and a maximum limit for on-duty time. While the goal is to increase safety, the current rigid, one-size-fits-all regulations can lead to unintended consequences that, paradoxically, reduce driving safety. In response, the Federal Motor Carrier Safety Administration (FMCSA) has proposed common-sense changes that would give truck drivers greater flexibility, address oversights in the current rules and make U.S. roads safer for everyone.

The consumer packaged goods (CPG) industry supports the FMCSA’s proposed rule changes, which would ensure truck drivers can do their job in the way that is safest and easiest for them. Truck drivers — not federal lawmakers — are best positioned to make decisions about breaks, rest and driving conditions, based on each particular situation and their own needs.

The proposed changes would ensure truck drivers have this autonomy, while still safeguarding maximum drive-time limits. This would benefit truck drivers, all drivers and the companies and consumers who depend on reliable, efficient and safe trucking to deliver affordable goods.

While there have been federal hours of service rules since the 1930s, these rules were only recently monitored with electronic logging devices (ELDs), rather than paper driver logs. Most stakeholders have welcomed ELDs, which have increased compliance and effectively cut service time violations in half. However, further adjustments are needed to fine tune ELD implementation and hours of service rules for the people they impact the most: truck drivers. FMCSA’s proposed changes include four key fixes:

Existing rules don’t extend the on-duty time limit for difficult conditions like rain, snow or heavy traffic. In these situations, drivers often say the rules make them feel like they’re “running against the clock” — in effect, a penalty for safe driving. The proposed rules would enable drivers to extend their on-duty time limit by two hours when faced with such conditions, so they can wait out a Wyoming snowstorm or safely navigate Manhattan traffic without risking a damaging HOS violation on their driving record.

Give Me a Break

Current rules mandate regular 30-minute breaks, but they don’t count certain kinds of downtime toward this requirement. For example, when a driver waits for their truck to be unloaded — often in a literal break room — they can’t count it as a break. Instead, they’re forced to work longer by taking this mandatory break later, which can actually increase fatigue. The proposed rule would address this problem, so that drivers can count time not driving as a break.

Take a Load Off

This same problem of the “no-break” break also applies to the larger on-duty time limit. For example, if a driver spends two hours waiting for their truck to be loaded or unloaded, this time still counts against their overall on-duty time limit. This isn’t just confusing — it’s dangerous. Each driver should have the flexibility to decide what rest and breaks work best for them within the overall HOS guidelines. Therefore, the proposed rules would allow drivers up to three hours in an off-duty status to be excluded from their total 14-hour driving window.

Federal rules include a “short-haul exception,” which helps drivers and companies more easily transport goods within a local area. This is especially important for food and beverage products, which need to move quickly to deliver fresh items and meet food safety regulations. The proposed rule would allow more drivers to qualify for the short-haul exception and increase the on-duty time limit for these drivers. Overall, this would help drivers work locally, while reducing costs and prices — benefiting drivers, companies and consumers.

The Consumer Brands Association thanks the FMCSA for its commitment to making hours of service rules more flexible, easier for drivers and ultimately safer for everyone. We strongly support the proposed rule changes, and we encourage the FMCSA to finalize these proposals. Regulators, industry and drivers all share the goal of enhancing safety. Letting drivers make the right decisions, for each day and each situation, is the best way to achieve that goal.

As vice president of supply chain and logistics for the Consumer Brands Association, Tom Madrecki represents the collective transportation, technology, sourcing and sustainability priorities of…

The 2020 Election, Explained for CPG